Hoping for a light to shine and illuminate the way

Standing in the middle of the highway of my mind, I was surrounded by the damage, a haunted feeling creeping up my spine.

My self-confidence was crumpled like the metal of damaged car

A person in a shell of nothing but some bruises and some scars.

What was meant to keep me safe and well was now slowly tearing me apart.

I was constantly running, inside the dark parts of my mind,

Running from both past and future, terrified of what I might find.

My mind was playing both the roles in an epic game of “cat and mouse:”

What was once a place of comfort quickly darkened into a madhouse.

Until the day I took a deep breath, one small step, and left it all behind.

is once you turn and face it, it always runs away and hides.

When fear slips up right behind you, you are the one who is in charge.

Tell your fears you see them, and that everything’s all right.

Tell your worries that it’s all ok, you can focus on just making it through tonight.

You don’t have to face all of your battles in one almighty war.

You can take it day by day, finding peace and joy in small moments that you never saw before.

Anxiety likes to whisper small doubts into our ears.

Small seeds of fear and of incompetence that grow into monstrous fears.

If we focus on the negative, the evil and the sad

We will only see the darkness, not the blessings that we have.

No matter what your mind is telling you, things are going to turn out just fine.

And to truly enjoy the sun you have to endure some cloudy times.

On this journey for peace I have set upon, I have come to realize.

If there’s one thing you can be sure of it’s that anxiety lies. 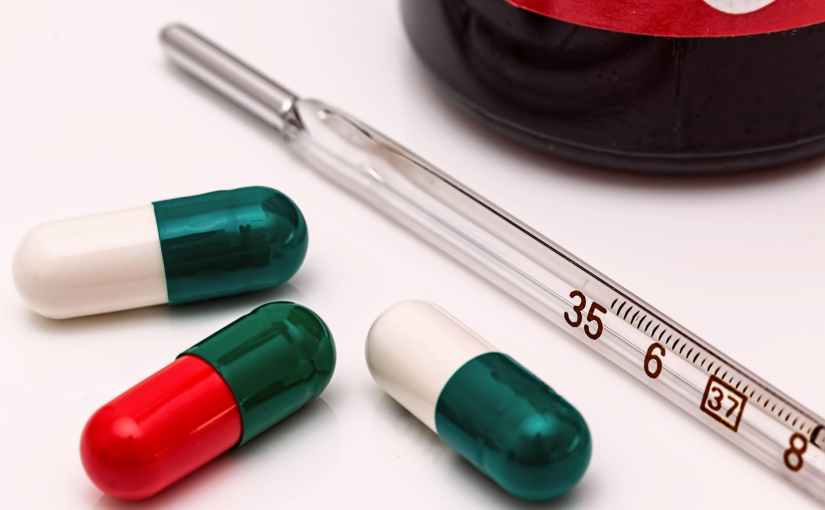 The past two weeks have been rough. Very rough. It’s taken me a while to even work up the courage to write this post.

Two weeks ago I started feeling really crummy. I came down with some sort of stomach bug. It sucked, but it was just a stomach bug, I knew it would end. A few days passed…and then a few more. Before I knew it I had been down and out for a solid week. I woke up that next morning to something that I had never experienced before. My whole body was shaking. It wasn’t just shivering, it was violent, uncontrollable shakes wracking through my entire body. I would later find out that this phenominon is called Rigors.

At first my husband and I thought I was just cold. We cranked up the heat, layered clothes onto me, and piled on the blankets. But the shaking just continued. In fact, it got worse. The next day I emailed my doctor asking for advice. I’ve had chills before when I have had the flu, but never like that. My doctor suggested that I be seen that day.

I went in, got some meds. They did some tests and assured me that I had an infection and with some antibiotics I would be fine. Fast forward two days and I could barely walk anymore. My body was exhausted, I was exhausted, and to be honest, I was scared. Really scared.

I ended up spending the day in ER getting fluids and more tests than I could count. Again, they ruled out everything (this time also ruling out an infection, and advising me to stop taking the antibiotics). My heart rate was high, and I was running fever so the ER doc gave me the option of going home and trying to rest, or being admitted overnight for observation. I chose to go home, and try to get some sleep. I felt like that was what my body was needing the most. Looking back, I wish I had stayed.

Two days later I was back in the ER for more fluids and tests. This time I was put on a drug combination of Reglan and Benadryl. The Reglan to help with nausea, the Benadryl to help counteract the side effects of the Reglan. I was so tired of being sick at this point, that I didn’t even question what these side effects could be.

“Reglan can make you a little restless.” The doctor had said.

Well, it did. But it was manageable for the first day. I felt uncomfortably wired, but the Benadryl took the edge off. But that night I barely slept. I had the worst Insomnia of my life. The next morning it only got worse.

I started feeling incredibly anxious. I didn’t feel like myself at all. I could feel every racing beat of my heart pounding against my ribcage and rattling my entire chest. I couldn’t focus on anything, I couldn’t stop moving. I felt like I was dying.

It turns out I was having a severe adverse reaction to the Reglan. My heart rate continued to run high and my body was going completely haywire. It was worse than anything I have ever felt, including from Steroid Infusion Therapy, which anyone who has had done can tell you is not a ride in the park.

I was scared before, now I was terrified.

I ended up being admitted to the hospital due to the extreme adverse reaction to Reglan. Luckily I was able to go home the next day. It’s been four days since I last took the Reglan (and I only took it for one day) and I am still having waves of extreme anxiety and racing heart, although less frequently and intense each day.

It turns out this is not an unheard of reaction to the drug. Although uncommon, it can cause this type of response in some people. My chart now has Reglan listed under my drug allergies.

These past two weeks are a blur of pain, fear, stress, anxiety and tears. I’m having a hard time moving past these painful memories. I know that it is in the past, and that I will never take that drug again so I will never have that reaction to it again, but I am still scared.

It is hard to admit that I am shaken, that I wasn’t able to just bounce right back like I usually do. It’s not easy to talk about things that caused such pain. And it is definitely not easy to look this kind of anxiety in the face and tell it to fuck off.

But admitting I am scared is nothing to be ashamed of as long I don’t give up. As long as I keep my head up and keep moving forward. As hard as the past two weeks have been, I did make it through.

I proved to myself that my body and my mind are strong. No, they are not perfect. But they can take a few punches and stand up again. I might not stand up gracefully, or quickly but I will  stand.

So with shaking hands, but a determined heart I look forward to a new week full of smiles, healing, positivity and growth. 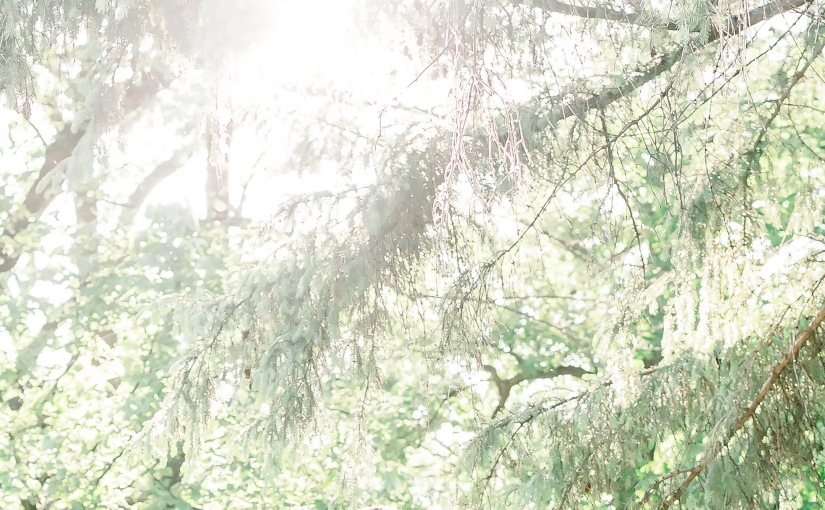 Summer is officially in full swing and I feel like I am on the up and up! I am finally starting to feel better after what felt like a month-long bout of the flu! In actuality, it is likely that I was experiencing some initial side effects from my Glatiramer Acetate injections.

I am now a little over a month into the injections and I am feeling truly blessed that some of my pain and fatigue has eased up! It’s perfect timing because my husband and I are about to get started on a busy summer of weddings, our own wedding planning, and summer road trips!

I am still having a little anxiety about how unpredictable MS is. I worry that I will have a sudden flare up on a day with an important event or during a trip! The “what if’s” that come along with this disease are exhausting.

What I need to do is stop worrying about the future and just enjoy my now! In the words of another one of my favorite wizards;

“My philosophy is that worrying means you suffer twice.” – Newt Scamander, Fantastic Beasts And Where To Find Them

As summer has started to heat up and I get ready for more and more outdoor activities and plans I have really been interested in getting a cooling vest. Heat is one of the most difficult triggers for my MS. Just twenty minutes outside on a 75-80+ degree day and my fatigue spikes exponentially. I get nauseous, dizzy, and weak. It really doesn’t take much exposure to the heat to leave me feeling like a rag doll with the stomach flu.

Usually my symptoms subside very quickly after cooling myself back down to a normal body temperature. So far I do that by seeking out air conditioning, drinking lots of water and using a cool neck wrap (one of those things that you put in the freezer).

The issue I am running into is that sometimes I want to go to a party or concert or wedding and not being rocking an ever so fashionable ice pack around my neck…I mean I’m all for accessorizing…but maybe not with that.

I have read a few blogs and lots of reviews about cooling vests made specifically for people with MS that can go under your clothes. I want one!!! I am looking into insurance coverage for one of the Thermacool under the clothing vests.

It makes me so excited and happy to know that there are tools out there than can make my daily life a little easier!

Overall, I am feeling like the winds have shifted and things are flowing through my life with a bit more positivity and ease! I want to keep that going!

Even though the past month has been difficult, I made it through. It is a sense of accomplishment to know that I have gotten back up after MS has knocked me down AGAIN! I may not be back to 100% or even 75% but I am getting there!

I know this won’t be my last battle with MS, but the small victories feel good! And feeling my body begin to bounce back feels even better!

Keep the positive thoughts going in your lives and positivity will manifest itself from within you!